Intrepid birders at Murphys Point documented 88 species on Sunday morning – beating the previous Annual Bird Count record by two! We know there are more out there, too, because a few of our regular feathered friends that are commonly seen at the park happened to be cagey that day.

Four or five teams of two or more birders spread out over the various habitats in the park to spot and listen for birds as part of the annual bird count at the park. 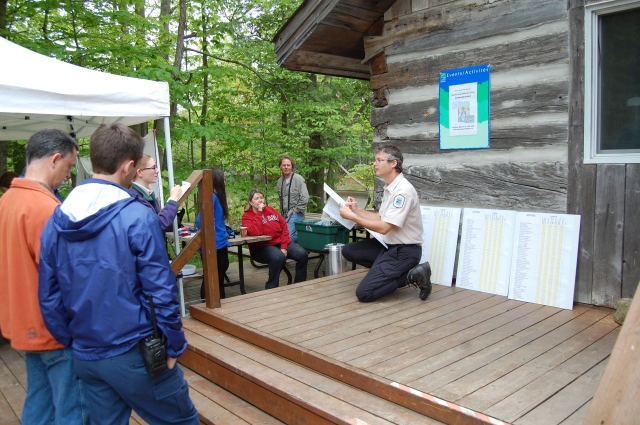 Birders report their findings to Tobi, who records info on the master lists. S. Gray photo

Some of the highlights included a flock of about 30 Brant Geese flying overhead at the Lally Homestead, as well as Sandhill Cranes. A Bobolink was spotted, which is unusual. One of the birders also spied two bluebirds beating up on a pesky starling. Indigo Buntings and Scarlet Tanagers were seen; they’re regulars, but are always showstoppers with their brilliant plumage. Two species at risk – Golden-Winged and Cerulean Warblers – also made appearances.

The birders returned around 9:30 to enjoy a fundraising continental breakfast hosted by the Friends, which featured yummy homemade muffins, fresh coffee and fruit skewers. After refueling, they recorded their findings with Park Naturalist Tobi Kiesewalter, who presented the final tally. 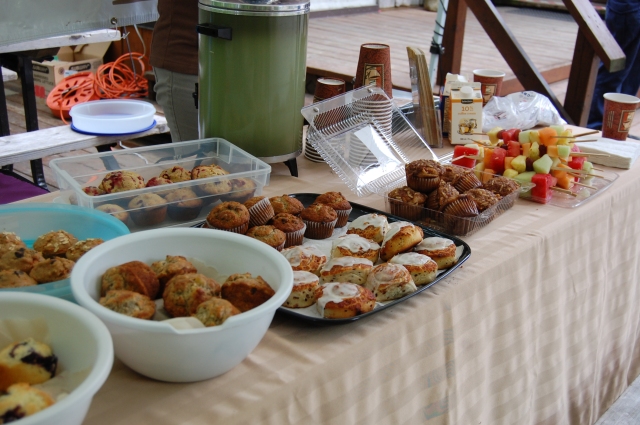